The Federal Executive Council (FEC), yesterday, approved what it called “Harmonised Retirement Age for Teachers Bill, 2021” which also seeks to attract the best brains to the teaching profession in Nigeria.xhttps://87320bd79177f4c875897dbcf74a202b.safeframe.googlesyndication.com/safeframe/1-0-37/html/container.html

The piece of legislation, specifically, targets legal backing for new measures by the current administration to enhance the vocation nationwide.

FEC, at its resumed meeting, presided over by President Muhammadu Buhari at the State House, Abuja, sanctioned the bill, which would be transmitted to the National Assembly for consideration and possible approval. 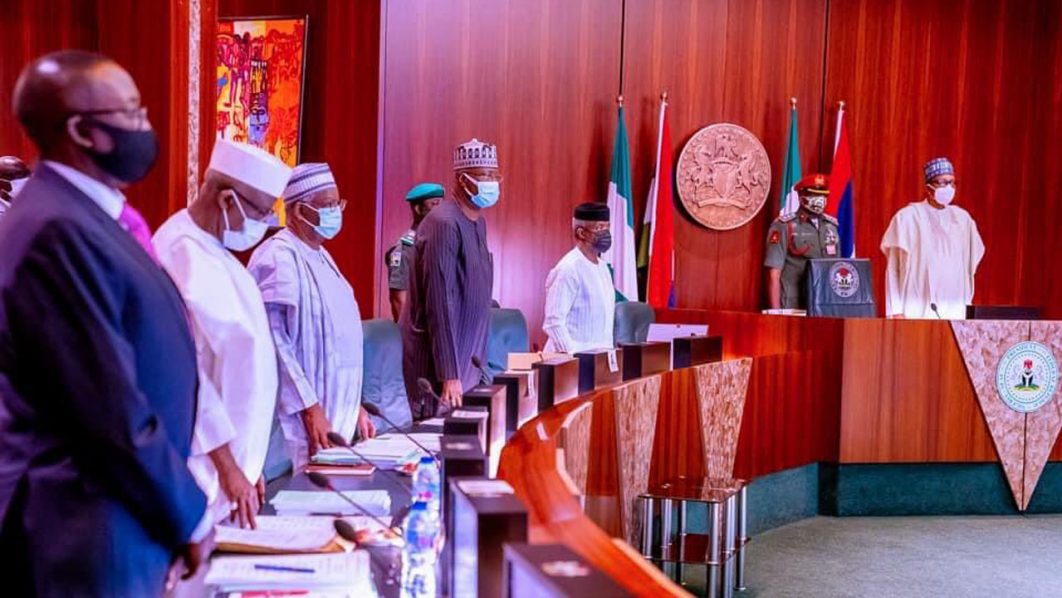 If passed, the retirement age of teachers would move from 60 to 65 years, while the years of service would also move from 35 to 40 years.

Minister of Education, Adamu Adamu, told State House correspondents at the end of the gathering that highlights of the proposed law include the introduction of bursary award and special rural posting allowances to attract the best into the occupation.

ALSO, the Minister of Industry, Trade and Investment, Niyi Adebayo, said the parley okayed an N1.484 billion contract for the upgrade of electrical facilities at the Calabar Free Trade Zone (FTZ), initially awarded in 2018, but not completed.

“So, we brought a memo and council approved the sum of N1.484 billion for the completion of the Calabar FTZ area,” he clarified.

Also speaking, Minister of Agriculture and Rural Development, Sabo Nanono, said the forum ratified a treaty seeking to enhance training and research of agricultural scientists, among others in member-countries.

He pointed out that the import of the pact, titled “Plant Genetic Resource for Food and Agriculture”, was to advance the resource base of member-nations.

Nanono added that “the entire treaty is meant to boost agricultural production in the country, as it affects 167 others.”

Prior to the meeting, three members of the Code of Conduct Bureau (CCB) and a member of the Police Service Commission (PSC) were sworn in.

Besides, the minutes of silence was observed in honour of two former ministers, Jubril Martins Kuye and Bala Kaoje.x

The weekly parley was attended by Vice President Yemi Osinbajo; Secretary to Government of the Federation (SGF), Boss Mustapha, and Chief of Staff to the President, Prof Ibrahim Gambari.

Others, who graced the meeting, were Minister of Information and Culture, Lai Mohammed; Attorney General and Minister of Justice, Abubakar Malami; his Police Affairs and Transportation counterparts, Muhammadu Dingyadi and Chibuike Rotimi Amaechi.

The Head of the Civil Service of the Federation, Folasade Yemi-Esan, and other ministers participated virtually.