Super Eagles forward, Emmanuel Bonaventure Dennis, if his performance for Watford in last weekend’s opener is anything to go by, looks set to be one of the stars of this season’s English Premier League as he became the latest Nigerian player to take the world’s most-followed football championship by storm in a No25 jersey.

Although not a number many aspiring footballers around the world would readily insist on appearing in, the No25 shirt has been seen globally on the backs of notable Nigerians that have shone and continue to shine in the Premier League.

Top of the list of famous Premier League No25s is Nigerian legend Nwankwo Kanu who shone like a million stars donning the No25, first at Arsenal and then later at West Bromwich Albion.

While wearing the ‘famous’ number, Kanu scored some astonishing and decisive goals that proved pivotal for the Gunners, particularly in the 2003-04 season when they went unbeaten on their way to winning the Premier League title. 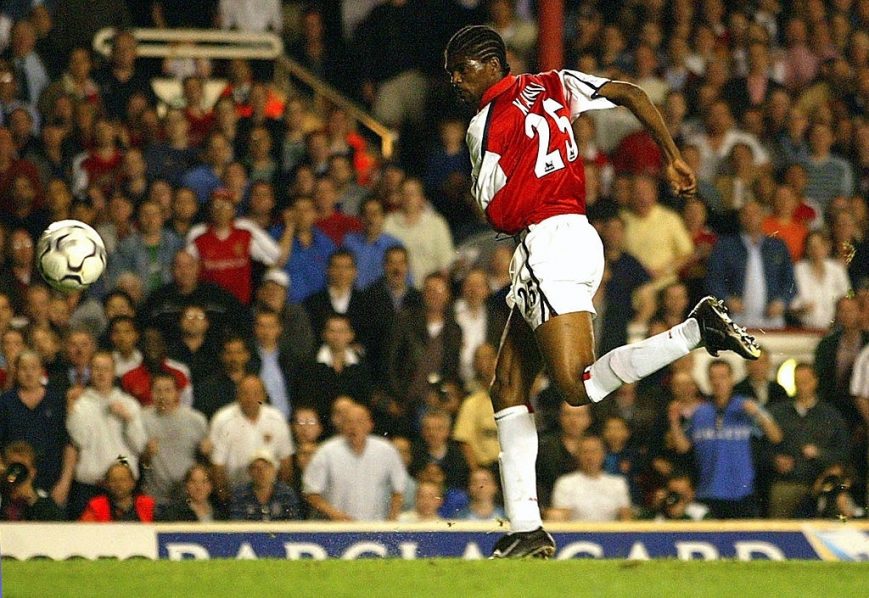 Nwankwo Kanu, seen here scoring against West Ham United at Highbury in 2002, made the No25 shirt famous.

Even Emmanuel Adebayor, born to Nigerian parents in Togo, and a self-professed Kanu fan, couldn’t resist the temptation of donning the No25 shirt that was previously worn by his role model during his time at Arsenal.

Former Watford striker Odion Ighalo also joined the trend during his time at Manchester United, while Wilfred Ndidi continues to be one of the leading combative midfielders in the world, appearing week in, week out in No25 in the colours of Leicester City. 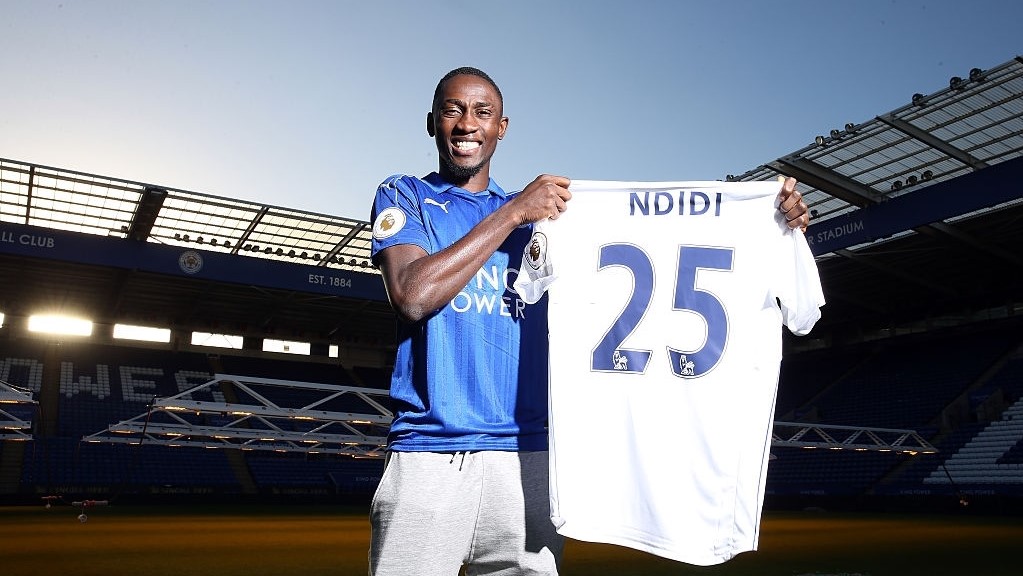 Dennis now looks set to be the next Nigerian to take English football’s top-flight by storm in the No25 shirt after his blistering start for Watford in the 2021-22 Premier League season that kicked off last weekend.

Dennis got the opener and assisted Senegalese midfielder, Ismaila Sarr, as the Hornets went 2-0 up against Aston Villa with two quick-fire goals at Vicarage Road. The match would eventually end 3-2 in favour of Watford and Dennis took home the man of the match award after getting over 30 per cent of the votes on his Premier League debut for Watford.

His chances of making a big splash in jersey No25 for Watford are quite high given the player’s antecedents and potential to find the back of the net when provided with the right services by his teammates.

Dennis, who can also play from the wings, scored 27 goals in just over 90 club appearances for Club Brugge and has featured in both the UEFA Champions League and UEFA Europa League, notably scoring twice at the Bernabeu against Real Madrid in 2019.

Capped twice so far by Nigeria, the 23-year-old, who began his European sojourn as a teenager in the Ukrainian Premier League with Zorya Luhansk, is part of a huge Nigerian and African contingent at Watford that includes the Nigerian quartet of Super Eagles vice-captain William Troost-Ekong, Oghenekaro Etebo, Tom-Dele Bashiru, and Isaac Success, alongside Senegalese star Ismaila Sarr, Imran Louza of Morocco, and Ghana’s Kwadwo Baah.