Lionel Messi is expected to arrive in Paris on Monday, lured by the limitless funds of PSG, having said a tearful farewell to Barcelona after 21 years.

The 34-year-old, seen by the French giants’ Qatari owners as the vital missing piece of their frustrating Champions League puzzle, has already had fans playing a guessing game.

On Sunday night, dozens of PSG diehards gathered at the gates of Le Bourget airport to the north of the capital in the hope of catching a glimpse of their newest ‘galactico’. 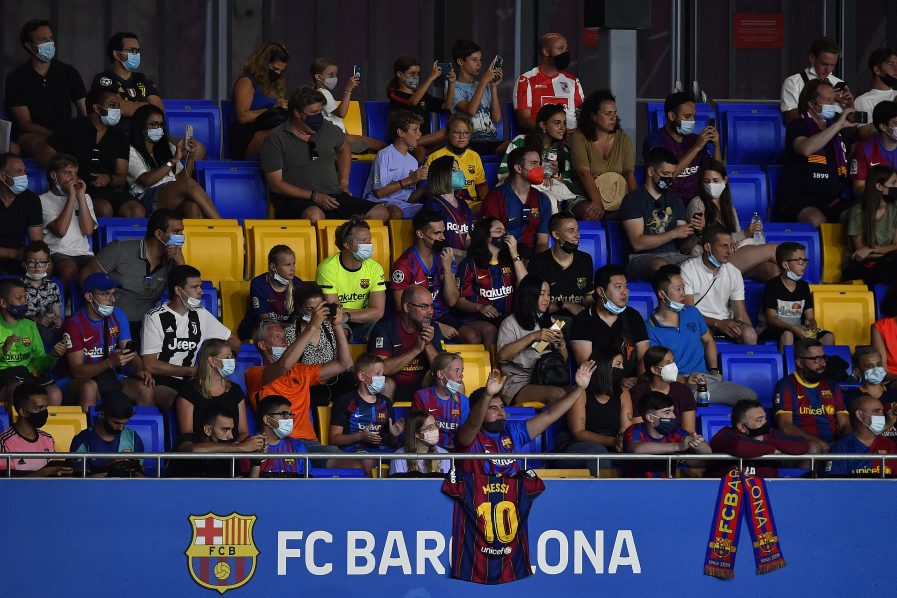 Fans hang a jersey bearing the name and number of Barcelona’s outgoing Argentinian forward Lionel Messi during the 56th Joan Gamper Trophy friendly football match between Barcelona and Juventus at the Johan Cruyff Stadium in Sant Joan Despi near Barcelona on August 8, 2021.
However, their wait was in vain.

Stressing no deals had been done, Messi did concede at his tearful farewell news conference in Barcelona earlier Sunday that joining PSG was a “possibility”.

In reality, they are the only club that can afford what is expected to be a deal worth 35 million euros a year for the 34-year-old Argentine.

“I gave everything for Barcelona from the first day that I arrived right to the last. I never imagined having to say goodbye,” Messi told the news conference. 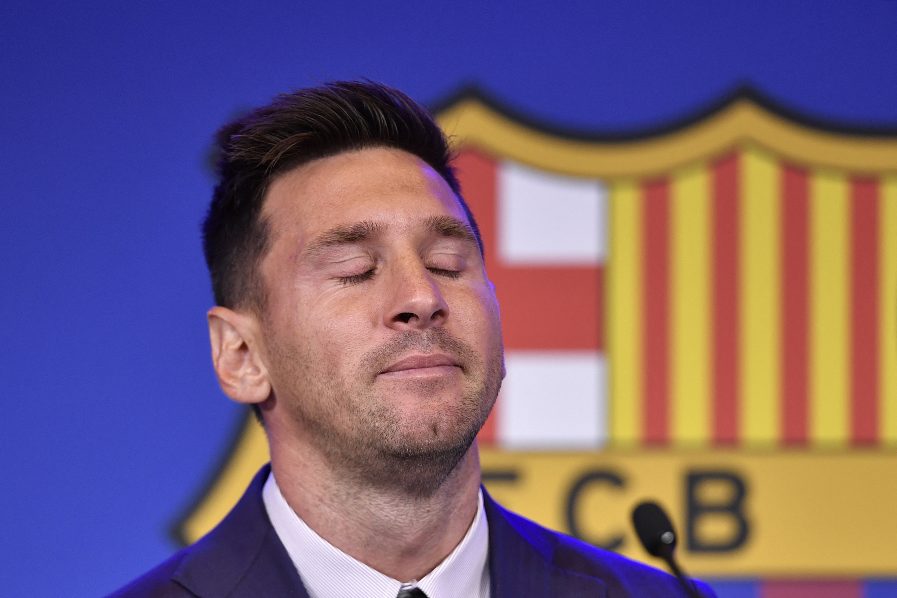 Barcelona’s Argentinian forward Lionel Messi reacts during a press conference at the Camp Nou stadium in Barcelona on August 8, 2021. – Messi fought back tears as he began a press conference at which he confirmed he is leaving Barcelona, where he has played his entire career. (Photo by Pau BARRENA / AFP)
“I have still not come to terms with the reality of leaving this club now — I love this club,” added a suited Messi, who several times wiped away tears before a squadron of reporters at the club’s Camp Nou ground who gave him a standing ovation.

Messi, widely considered the most gifted player in the history of the game, won 35 trophies at Barcelona who he joined as a 13-year-old — including four Champions Leagues and 10 league titles while his 672 goals are a record for any of the top five European leagues.

– ‘Great for Ligue 1‘ –
Despite offering to cut his salary by half to seal a new five-year deal in which a club carrying debts of 1.2 billion euros ($1.5 billion) and the player had agreed on, the agreement foundered on strict Spanish League salary restrictions. 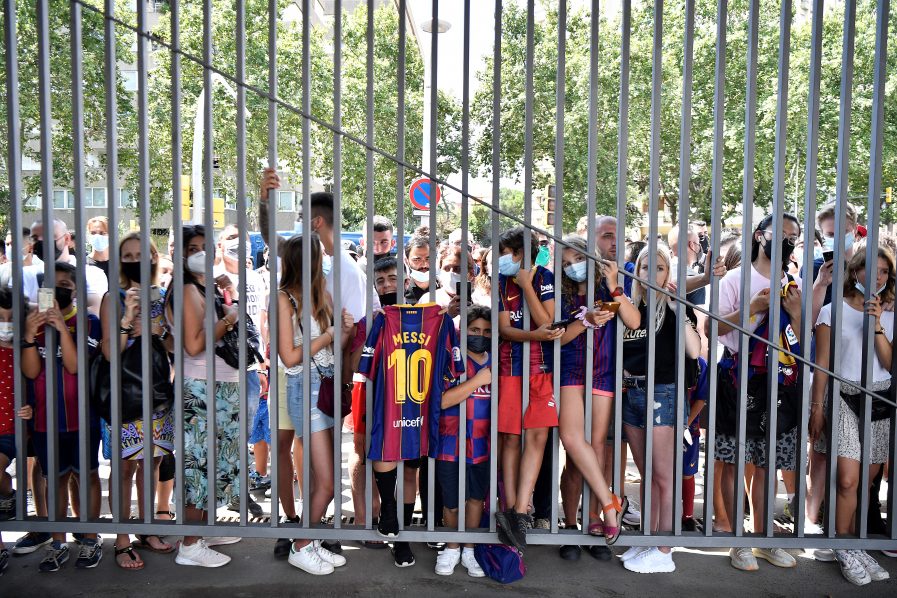 Fans outside the Camp Nou stadium where Barcelona’s Argentinian forward Lionel Messi held a press conference in Barcelona on August 8, 2021. – Messi fought back tears as he began a press conference at which he confirmed he is leaving Barcelona, where he has played his entire career.

Some in France’s Ligue 1 have mixed feelings about the impending arrival of Messi who will form a superstar attacking force alongside Kylian Mbappe and Neymar who earn a reported 36 million euros a year and is a former Barcelona teammate of the Argentine.

“But for a purist like me, Messi should have finished his career at Barcelona.”

Messi is a free agent. Ramos also arrived on a free transfer.

A move to the Parc des Princes would mean a reunion with his Argentina international colleague Angel di Maria.

An added attraction is that coach Mauricio Pochettino, like Messi, started his career at Newell’s Old Boys in Rosario, Argentina.

Pochettino has been giving nothing away on the arrival of Messi.

“There have been lots of rumours. Lots of things are being said,” he said as PSG laboured to a 2-1 win over Troyes in their opening game of the new league season.

Jorge Sampaoli, the coach of PSG’s bitter rivals Marseille, said the arrival of Messi can only be good news for French football.x

“It would be great for Ligue 1, he’s the best player in the world,” said Sampaoli.

“French football has won a lot and grown a lot in recent seasons.

“Even if he goes to a club other than Marseille, it will be good. Everyone would be riveted on the championship. It will be an additional motivation for us to play against him.”

Meanwhile, in an indication that Barcelona is keen to move swiftly on, they defeated Juventus 3-0 on Sunday night in a pre-season friendly.